The Swiss-Serbian Producer Typewriter releases the third single of his upcoming debut album A2L. “X Over” features well know German artist Bonaparte. The collaboration took place in Berlin, where both artists are based and where they met in the studio to share their creative minds. With a common affinity for analog and modern production approaches, both handwritings combine to create a unique world of sound – spherical, melancholic and yet hopeful. “X Over” is about an end that simultaneously becomes a new beginning. Crossfade. Portal. Moment. It suggests a positive view of a moment of letting go.

“It’s a new beginning. Only when there’s silence, I can hear the ice thinning. X Over.”

The single is the forerunner of the debut Typewriter album, which will be released in July 2020. “X Over” gives the sound aesthetics of this album a groundbreaking direction: a refraction of genres, details in sound design and a mixture of “old”, warm elements painted by new world sounds – analogue and digital – that create a retro aesthetic. 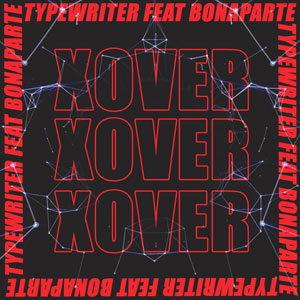 The Berlin based producer and visual artist Typewriter comes to the surface after years of intensive songwriting and producing for other artists with the first releases of his debut solo album.

Typewriter has worked exclusively as a ghostwriter and producer for various artists over the past decade and has been awarded gold and platinum on several occasions. In the meantime, behind closed doors, the musical DNA of Typewriter was born through passionate experimentation with new sounds and an unparalleled devotion to sound design.

With elaborately staged visual performances, Typewriter is bringing his music to life. The Swiss-Serbian producer’s trademark is live-jamming with the laptop keyboard, spanning the letters A to L as a musical instrument. “When I’m asked which instrument I’m playing, I just say: #iplaycomputer.”  – the modern typewriter becomes an instrument.

The sound of Typewriter’s debut album A2L is a mixture of “old”, warm elements painted by new world sounds, analog and digital, that gives rise to a retro aesthetic. Typing on a modern typewriter – from A to L.

The idea of a global network of creative people, is the long-term vision of the producer: Sharing a collaborative spirit with other artists, create music together from different places on the planet and having an outlet to continuously release music on his Label A2L. After the debut album release, the producer will continue to put out new music with an ongoing series of single releases.

Typewriter is on radio rotation with the track “X Over” ft. Bonaparte. 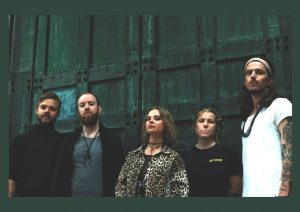 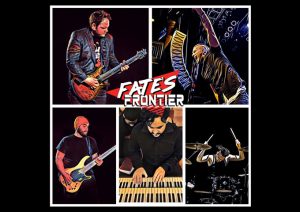