The spellbinding single “Auras” heralds Third Development’s penchant for crafting lush, multi-textured soundscapes full of melodic warmth and cinematic flourishes. Their ambitious musical vision is fully solidified across the three minute and thirty second runtime of this arrangement. Critics and fans alike will attempt to classify their music in diverse ways, but Third Development already have a name for their sonic style, which they call ‘Etherea’. The single also celebrates the return of vocalist Kintsuku, and the additional entry of UK guest artist Minx on the rap segment.

One thing that is undeniable from listening to “Auras”, is Third Development’s keen instincts when it comes to selecting dynamic, soulful vocalists who mesh seamlessly with their kaleidoscopic sonic palette. Many will be seduced by the unique vocal charms of Manchester-based Kintsuku. Her voice and the music by Third Development is a match made in heaven.

Third Development, the project founded by Canada-based Geoffrey James, has collaborated with talented artists, engineers and producers from as far afield as New York, Atlanta, Italy, U.K., Canada and Finland.

Hence, you can expect sublime and accomplished sonic works executed by skilled professionals. This aspect is often what makes or breaks great examples of artist creation. Third Development leave nothing to chance, and weave sheer sonic bliss on “Auras”.

Third Development’s multi-dimensional approach to song craft is far more intriguing and transcendent than the confines of any misguided perceptions that their electronic categorization may suggest to some.

project are an exemplary and praiseworthy act, whose music indulges the heart, mind, and soul. “Auras” is more gorgeous than you can ever think. The beat, the bass, the lush synth arrangements, the intoxicating vocals; everything here is blissfully effortless.

The divine rhythmic sway and the mellow, yet uplifting guitar chord progressions is a joy to listen to. Kintsuku contribution to the single is invaluable. Her voice perfectly fits the tempo and mood, turning the dreamy elements into enchantingly seductive components. Ethereal, smooth, sensual, call it what you will, but you will be unconditionally entranced by the sound of both the music and the vocals.

Since they started out in 2020, Third Development have been carefully mixing their past influences with the flavors of today into what will likely be the soundtracks of tomorrow. This new single continues their sonic evolution from “Shining On” and “Echoes”, both of which featured the vocals of Mila Sade.

You can tell that they are passionate about their music, which flows out into the recordings. The odds of finding an artist that remains true to their originality and remain focused on what they are about is slender, and it’s reassuring that Third Development keep what is good about them on every release.

“Auras” is a beautiful song that will instantly resonate with music fans, regardless of genre preferences. It proves to be a soothing dose of music that we didn’t know we needed until it arrived. It’s also a testament to Kintsuku’s vocals – her sultry, meaningful melisma goes a long way to making this a mesmerizing song.

“Auras” is poignant and thoughtful, and if you close your eyes, you might find the kind of closure and realization the lyrics describe. The song manages to build upon the sounds Third Development have already established, all while forging out new sonic territory that floats along with effortless production. 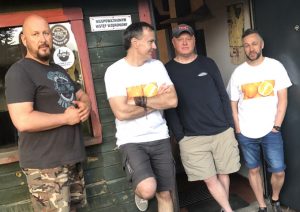 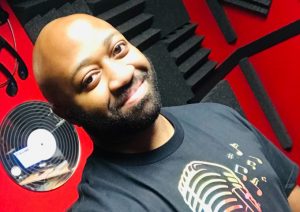