A group of childhood friends started out their musical journey recording a demo under the name of Josh & The Empty Pockets, and subsequently found themselves featured in a Chicago theatrical production of The Buddy Holly Story, performing as Buddy Holly & The Crickets. It was there that they enlisted Erika, who would become the final member of the band, now simply called The Empty Pockets. They went on to conclude important experiences – both as an opening act and backing band – with artists such as Kenny Loggins, Simon Kirke (Bad Company/Free), Al Stewart (“Year of the Cat”), Gary Wright (“Dreamweaver”), and Richie Furay (Buffalo Springfield/Poco). Their folk-infused rock n’ roll, meets Midwestern Soul can now be fully savored on their album “Tanglewoods”.

Call it honest, call it real, call it rustic soul, but live with these songs for a while and they sound like old friends. You can put on this album and simple hang out – no pretension needed. The Empty Pockets make music that connect, and in a society constantly living with one wheel in the ditch, connection may just be the ultimate human salvation.

“Tanglewoods” is a beautiful record that achieves its stature by effectively jumping between straight ahead, mid to up-tempo rhythms, and acoustic driven ballads, most of which are speckled with added electric guitar crunch.

The effort is rarely clumsy despite the fact that this sort of music is usually more concerned with communicating the emotional centers of its performers and not the technical proficiency of their playing styles.

Much like any rock record that looks to add an Americana and Soul music dimension to its music, success lies in the sincerity of the performances and locking in on incorporating a wide variety of styles, vocals, and sounds . Having both male and female fronted songs, The Empty Pockets succeeds in that effort, and sound completely natural doing it on “Tanglewoods”.

Now, taken off the same album, comes the single, “Fill It Up”. Hinging on the edge of chaotic electric fury, the song maintains a muscular funky drive, with fiery guitars and quick paced banging drums. The female lead vocals soar melodically, and often evolves into a scream. The track showcases the charismatic vocal talents and the ability of the band to be simultaneously stark and uplifting, while unleashing all of its exuberance.

“Fill It Up” perfectly encapsulates one of the many facets The Empty Pockets can be all about; emotive craftsmanship meeting gritty dynamics. It’s a brand of music that transcends the clichés which many similar acts so clumsily endorse. “Fill It Up” is an excellent arrangement, finding sequence in its licks and changes in dynamics to create a song of tremendous melodic and rhythmic sensibility.

“Fill It Up” is just one of those hard-nosed anthemic tracks you look to, in order to grind through the hard times, and sometimes that’s all you need to connect. If you are in the mood to crank up your stereo and rock out, pop in this in your media player. 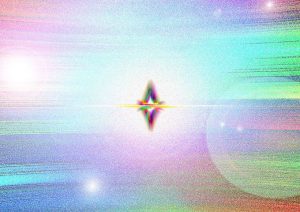 Next post Nihil Admirari – “Gone” from the recording “New – EP”