Life is not always easy, and many factors can cause people to drift into a pessimistic and melancholic phase in which the focus is only on the bad. Especially in retrospect, people often only see the negative influences, without remembering the sunny side of life – and to recognize that not everything was and is bad.

This is the Topic that the German artist collective R.T.P. deals with this on its new single Not Everything Was Bad, which will premiere in acoustic-visual form on December 16, 2022, and will be released both as a piece of music and as a video via the label NRT-Records. Designed to make the listener think and gain an optimistic view, Not Everything Was Bad is the first appetizer for the upcoming full-length album “Cycle Of Twentythree: Psychotropic“, scheduled for 2023.

On this single, R.T.P. show themselves from a puristic side, whereby R.T.P., so far better known under the name RT-Projekt, convince a new with a classic sound design and a touching composition from the pen of mastermind Rainer Thanner. String elements adorn the piece of music and form the gripping basis for the lyricism of Frank de Blĳen. For Not Everything Was Bad, Thannerand De Blĳen got none other than Markus Engelstädter onboard for the vocals, who is successful in the project “The Magic Of Queen” with his part as Freddie Mercury. In general, with this symphonic number between pop and rock, one could truly think that it was a previously unreleased song by the legend Queen themselves. ABOUT R.T.P. 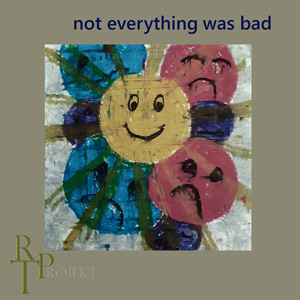 R.T.P. has its origins in 1995, when producer and professional musician Rainer Thanner released the debut album Nothing But Numbers, the first long-playing work under the name RT-Projekt. Thanner, who has been active in various bands and composing for the TV station N-TV since the 80s, followed up in 1999 and released the first album of an upcoming series: Cycle Of Ninety.

After Cycle Of Twenty, following up album of the RT project, released in 2020, songwriter Frank de Blĳen joined the project and added a wider range of lyrical art to the musical creativity of mastermind Rainer. Starting this joint venture both worked out the album Cycle of Twentyone – The Collaboration, released in 2021.

R.T.P.‘s permanent members are renowned singers such as Oliver Kobl, Matthias “Wauxl” Pfaller, Stephanie Bauerand Steffi Baringer. They not only give the songs an authentic voice, but also ensure diversity in their different ways of input.

With the 2021 released mini-album “Cycle Of Itheria” RT-Projekt released a kind of space opera between rock and electro. The concept opus convinces with its usual musical versatility and quality and a self- contained science fiction story about the extraterrestrial Itherians. With the voices of Oliver Kobland Steffi Bauer, the fantastic song material also got the dimension of the intimate storytellers.

In the same year, RT-Projekt received awards from the German Rock & Pop Prize in several categories. Musically ambitious, perfectionistic and versatile, R.T.P. never lose sight on the essence of their music. This combination also convinced the independent label NRT-Records from Baden. NRT finally signed the band, which from now on can be followed under the name R.T.P.. With the release of their video single Not Everything Was Bad on December 17, 2022, where will be the first exclamation mark of the collaboration.

R.T.P. are again nominated in several categories for the 40th German Rock & Pop Award this year – among others with the now released song in the category “best rock song 2022”.

The year 2023 is promising. R.T.P. will release their upcoming studio album Cycle Of Twentythree: Psychotropic and are currently work in progress for a concert tour through Germany and Austria.