Vancouver-based band OurGlassZoo, have been on a forward moving trajectory right from the outset. Their debut album made it to the semi-finals of the ISC on-line song writing competition, which featured high end judges such as Lorde, Kaskade, Tom Waits, Bastille and the late Chris Cornell. Their new EP “Hindsight” was recorded at Monarch Studios with Juno award winning producer Tom Dorbzanski (‘The Zolas’) & Alex Penney. It was released through Sony Orchard & Volunteer Media On March 20th, 2020.  The single “Astronaut” features the band’s first official music video, which stars Georgie Daburas who plays Edward Spellman on the Netflix hit series ‘Sabrina’ and Karissa Ketter (‘Kim Possible’), who was nominated for a Joey award for her performance in the video. The music video was nominated for ‘best video’ at the London Music Video Festival and for ‘best music video’ & ‘best rock video’ at the LA Music Awards. 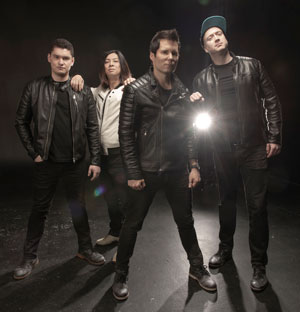 OurGlassZoo claims their status as literary indie electro-rock and alternative synth-pop savants on their new EP, “Hindsight”. It is a work of pristine perfection and progressive musicality.

The band have created a cinematic-styled orchestration, not just a collection of individual tracks. Songs like “Astronaut” and “In Your Head” forge a polish, a precise narrative, and reflect an all-round quality that may have exceeded the abilities of their foremost contemporaries.

OurGlassZoo is one of the few bands that consciously understand their own brilliant pulse, and as such their creativity blossoms in the presence of purposeful intent. How else would you describe the creation of “Astronaut” a track released prior to Covid-19, but so pertinent to the conspiracy theories that surround it. Read an extract from the storyline: “Political leaders use the environmental crisis to manipulate citizens for their own benefit and imprisoned people in safety zones.” Sound Familiar?

Moreover, the chord progressions, bridge transitions, dynamics of blending in core phrasing of all their musical influences on “Astronaut”, as well as the other tracks, are written with such amazing finesse that the music on “Hindsight” is simply transcendental.

If you have any preference for indie electro-rock music, this is a must have. From the lyrics to the electronic synths to the driving bass, you will not be bored at any point during the process. Turn it on in any situation, and your mood will be instantly improved. 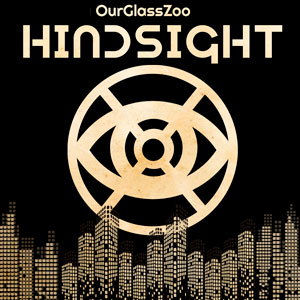 Their fusion of the electronic buzz with the pop undertones and the gritty alternative rock guitar thrown in, is absolutely stunning on the elevated “In Your Head”, where the vocals seize the spotlight and never let go. It’s worth grabbing the EP, for this song alone. And as if to confirm that the lead vocals absolutely deserve the holding center stage, OurGlassZoo roll out the soulful and soaring “Sins”, which delivers another sublime crooning experience.

The band are also incredible song writers, and their melodies are so catchy that you’ll find yourself singing them all day. That’s if you can reach the singer’s towering register on “Urge II”. This EP is among the most solid, all-the-way-through creative productions I’ve had the pleasure of listening to in the past few months.

Here every track is solid, well-thought-out, and stands on its own. They move from slow and somber, to upbeat and catchy but each song still maintains a sense of grandeur in its arrangement. Even on the funky bass-driven groove of “Shallow Streets II”, there is a sustained level rhythmic and harmonic complexity.

Each song has unique musical aspects, but overall the sound remains uniform, so transitions throughout are kept smooth. I am sure OurGlassZoo will go far in their music career if they continue to produce music like that to be found here on “Hindsight”. 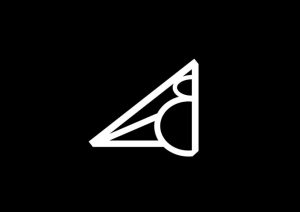 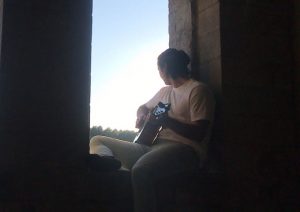