Macolly’s is vocalist Derek Macolly, and drummer, Michael Farina, a Toronto based duo that create a blend of organic and electronic based music, as well as stimulating live shows. The duo has freshly dropped their single entitled “HEAVEN”, which was officially released on the 19th of May. Derek wrote, produced, programmed the synths and played guitar on the track, as well as on the duo’s upcoming album “HEATWAVE”. Michael played live drums, while Sam Guaiana from Room 21 in Toronto mixed “HEAVEN” and tracked the drums for the recording. The song was entirely recorded in Derek’s bedroom, except for the drums of course.

It’s great to hear a band that sounds like they have a promising future. Macolly’s is one of those rarities in this age of forgettable one hit iron ducks. For being, what I think, is their debut track, it is a very strong effort indeed.

I’m not sure if it’s the current cycle of world events that has cast a shadow on my soul, or maybe because I’ve spent the past couple of weeks listening mainly to melancholy recordings with artists like Conor Oberst and Bon Iver among them — or perhaps a combination of both — but “HEAVEN”, notwithstanding its dark tones, felt like a brilliantly bright, shining ray of light, that came rushing in after weeks of grey skies.

Macolly’s make music that is big, thumping, intense, and full of spirited energy – sprawling pianos, thick bass lines, dynamic drumming, and an ever-evolving music arrangement that will keep your ear locked to the speakers. Together with the melody, the vocals add a bagful of melodrama and pathos to the song which is edgy and tight. 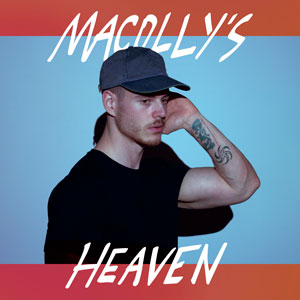 As corny as it sounds, listening to “HEAVEN” for the first time made my heart soar so much with satisfaction, that I felt like I should text some friends to tell them about Macolly’s. And I don’t do that often.

Macolly’s new single, “HEAVEN”, is consistent, running parallel with the duo’s talent. It will take listeners on a three-and-a-half minute auditory journey full of turns and twists. Lead singer Derek Macolly’s eloquent yet cryptic descriptions of inner emotions and profound sensations, evoke feelings of both hope and despair throughout.

This release takes the creativity and eclectic nature of the duo’s artistic intent and amplifies it for the masses. Infectious instrumental hooks and clever vocal intonations display a vintage-sounding production style in an ultra-modern, detail-oriented track that combines elements of electronica, rock and pop.  “HEAVEN” is pure magic, more please! 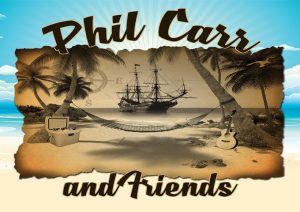