Multi-instrumentalist, illustrator, and writer Blair B. best known for her powerful vocals in the alternative rock outfit Absinthe Junk and symphonic soundscapes for her graphic novel Star Cross’d Destiny, releases her latest album project “Master of None” under the moniker Luxury Eviction. Regardless of your musical bent, this new recording is a feast for the ears. It’s an album that is both emotionally mature and lyrically complex, as well as being awash with tons of warm keyboard and string beds. A quick run through the playing credits, is enough to give you a fair idea of the sonic splendour to come: Blair B (Vocals, Piano, Fender Rhodes, Hammond Organ, Dave Smith, Prophet ’08, Mopho, Violin, Viola, Guitar). Produced, recorded and mastered by Noel Webster, who also had a hand in the mixing alongside Nick Passino and Blair B., the songs are light-years ahead of the fluff they play on the radio. You owe it to yourself to pick this up if you’re a serious music aficionado.

There are no foot-stomping, head-bopping rockers or wide-sweeping arena anthems. They are replaced by a more personal, intimate, and stripped down version of Blair B., and she humanizes herself through introspection and confessional lyrics, which you’ll find very endearing. It will likely require more than a cursory listening to fully appreciate the beauty and complexity of this album, but its more than well worth the time spent on it. 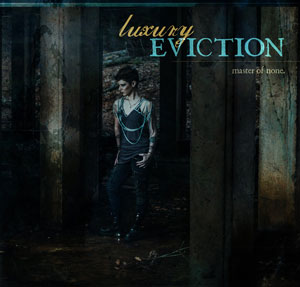 Resonating stripped-down vocals give this album a melancholy appeal in places, as Blair B. evolves to a more mystical plateau. Blair B. possesses the kind of voice that can summon long forgotten moments with a quiet whisper, and then obliterate them with a gale-force roar.

She reaches the highest plateau, by fulfilling both of these nuances on the beautifully contemplative and erupting, “Could Be Worse”. But Blair B. is impressive right from the start of this album, on its opening title track, “Master of None”. Here again she reinforces her magnificent emoting, with thoughtful, intimate lyrics, which beckons people into her world, on one of the album’s more kinetic tracks.

“Dragonflies in Hurricanes” has deliberate dramatic arcs which are attuned to the lyrical content. Between its contorted strings and spangled piano, Blair B. comes away with a slight Tori Amos slant to her performance.

Meanwhile, “Altered Cinder” is a slinky stomp, featuring keyboard swells, intense percussive thumps, and forceful vocal passages, which further elevates the musical discourse. In an era of beats and bombast, the eloquence of “On Your Tongue” is a welcome reprisal, and dare I say, anomaly.

That doesn’t mean she is timidly quiet. She has moments here, when she captures the overblown emotion and let’s herself loose to soar. This is definitely one of the album’s most attractive songs. After the previously mentioned “Could Be Worse”, the record closes with another standout track, entitled “Soulstar”.

This track is clear proof that you can have a hair-raising powerhouse of a song without thunderous booming drums, a grandiose orchestra or any other noisy extras. All you need is melody, harmony, an aura of heartfelt honesty, and a voice skillful enough to translate those elements into a definable emotion. Blair B. aka Luxury Eviction has such a voice! 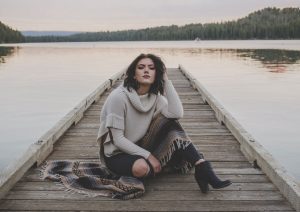 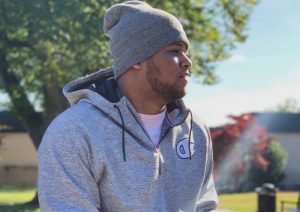