Back in March of last year, Kap-G quietly released an underrated Gangsta Grillz-hosted mixtaped called “El Southside”, which featured Young Thug & YFN Lucci. Then, the Atlanta artist decided to revisit that very project and share a new remix to his standout cut “Girlfriend,” featuring Ty Dolla Sign & Quavo, which was produced by Squat Beats. But if he wanted an ultra-modern hard hitting electronic banger, he might have done better in calling up KLiZO theAlchemist, who turns the track on its backside with a bass-growling dub remix. 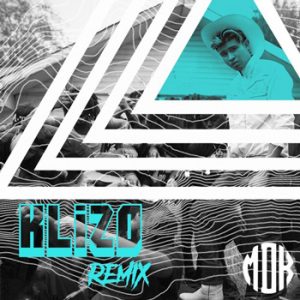 So when the track opens with the hypnotically compromising line, “I just smoked a blunt with your girlfriend”, on top of sharp set of electro-tricks, you know this remix is going somewhere for the next few minutes and it ain’t ever coming back.

The first thing that jumps to the fore is that KLiZO theAlchemist comes across as a fearsome electronic presence who drops dubstep beats with the absolute best of them. The powerhouse producer, who has been receiving considerable media limelight for his work with MDK ([My Digital Kids), gives “Girlfriend,” a whole new meaning and sound.

KLiZO theAlchemist’s remix of Kap-G’s “Girlfriend,” is one massive, breathing creature indeed. Its electronic heart pulses out rivers of resonating ambience while its Dubstep brain sends glitchy nerves for the breakbeat limbs to dance with. For aspiring artists and veteran musicians alike, the haunting notion of restrictions can cripple not only their proficiency, but their capability to really have fun with music.

As a remixer, once you’ve respected the concept of the original music by giving it some of your time by studying the science of its harmony and the mathematics of its rhythmic cadences – then the world becomes your auditory playground. KLiZO theAlchemist, takes this green light for what all its worth with his meticulous, many-sided Dubstep organism.

He uses his open-ended musical production toolkit which simply translates into: “no limitations, no hesitations”. The fluctuating disposition of the bass is vital to this theory. While sounding bombastic and chunky for its natural disposition, it isn’t limited to stay there – and don’t expect it to.

Once you’ve settled into the comfortable mind-frame of this dynamic remix and allowed the track to lift you away, you’ll find that everything is there for a reason, always adding an extra layer of interest and personality. Because that’s what remixing is all about. It’s not just copying the success of a song into another sound canvas; it’s about imprinting a whole new artistic personality into its interpretational DNA.

After listening to KLiZO theAlchemist’s continually reforming craft, it’s hard to think this guy walks down the street without turning his thoughts into a couple of minutes of Dubstep artistry. 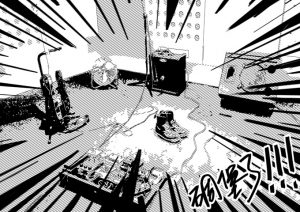 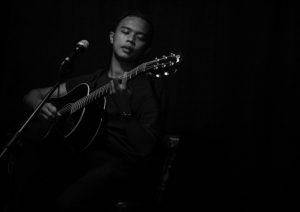