The track “Light & Shadow” is ripe with an almost seven-minute long trance production. Kenneth Kane seamlessly integrates a spoken word passage and music to create a hypnotic world where objective #1 is to dance, but also to reflect. It’s easy to picture this track being played in full at a locale perfect for the occasion: a massive arena or stadium packed with trance enthusiasts. The fact that it sounds so live speaks wonders for Kane’s ability to make trance music sound entirely spontaneous and heartfelt. Many artists fail to capture this energy in their electronica tracks due to inexperience in understanding what this genre really feels like. Kane, on the other hand, seems to know exactly what he’s doing here. Either he is a great student of the art, or a genius in the making.

His single “Light & Shadow”, is a tribute to his late father and is stimulated somewhere between the natural and supernatural in a dimension where everything is possible, including meeting up with your deceased loved ones.

Or as Kane himself explains: “There is a fifth dimension, beyond that which is known to man. It is a dimension as vast as space and as timeless as infinity. It is the middle ground between light and shadow, between science and superstition.”

Pulsating basslines and big lead synths will generate raw emotion and an infatuating atmosphere that will leave listeners feeling euphoric. However, don’t think this track has a shortage of excellent breaks. 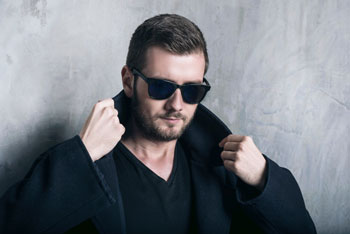 The ever-effective combination of driving percussion and a twisting keyboard continues to impress, creating an excellent transition between cool and calm, roar and rave, while always maintaining the uplifting, enchanting aura that is intertwined in the song’s core theme.

Undulating kicks and synths will hit fans like a wrecking ball. “Light & Shadow” shines in its ability to emphasize the progressiveness of the record. Rather than hastily throwing out the kick loops and bass off the bat, Kenneth Kane builds tension with calculated space and cinematic effects.

“Light & Shadow” is wonderfully executed and indicative of Kane’s style; he doesn’t mind losing the casual fan over his tendency to be patient with his music. This track has exactly what trance fans are looking for in a track: just the right measure of sonic variety, emotion and rhythm. Kenneth Kane captivates, intrigues and moves the listeners to new heights. Fast paced, uplifting, intense and euphoric; need I say more about this mammoth track?