Erica Monzon the voice behind Ila Minori, recorded her album “Traveling With Ghosts” in Pennsylvania with Jason Rubal (Amanda Palmer, the Cure) after a dramatic life-altering breakup, and a subsequent trip to Italy. It was on this four-month writing excursion that she wrote the songs for her latest full-length album. Minoru, who has been voted the best singer songwriter by San Antonio Current readers, first released the album on Berlin-based label, Bakraufarfita Records in 2016, while on tour in Germany. That same year she lived in Italy and played Buscadero Day put on by the prestigious Italian songwriting magazine with Suzanne Vega and Lucinda Williams. Returning to the United States in 2017 she released her long awaited album in her hometown of San Antonio, Texas, with limited edition C.D.’s and a limited edition of the vinyl single of “Plastic Hearts” released by a Brooklyn Based label Leesta Vall Records. 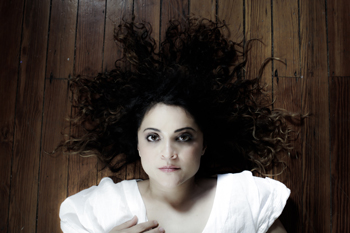 With two Midwest and East Coast tours under her belt, the singer-songwriter is getting set to premiere her new music video for “Mend” directed by John-Marc Lucid. The show will be held on FRIDAY SEPTEMBER 21st at HIGHWIRE ARTS 326 West Josephine Street San Antonio, TX.

A recent preview of the video depicts John-Marc Lucid’s direction as perceptively and sagaciously capturing the gist of the song’s outlining theme and intrinsic tones. Lucid manages to eloquently capture all those emotional stages a breakup brings, with its desperate need for answers.

The loneliness, sadness, depression and anger, are all brought to the fore with profoundly contemplated, slow-moving, surrealistic symmetry. A perfect match for Ila Minori’s performance.

Ila Minori’s composition brings melancholy, and emotionally challenges you at every turn. The isolated and dark tones Minori breathes out on “Mend” are exclusively hers, with which she evokes a personal account of her inner being. Then there’s her stream-of-conscious lyrics that teeter between the interrogatory narrative and her own personal affliction. 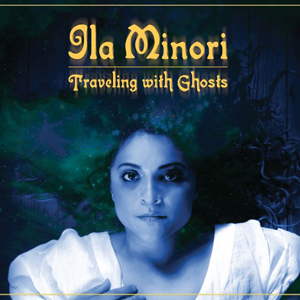 Minori’s voice complements her lyrical sensibilities and sorrow in a rare way. It’s her gift. And it’s pretty damn immersive. The instrumental sparseness with its dominating acoustic guitar transmutes into a full and frequently blithe sound – one that leads her voice into understated potency. It opens a new door for her vocal gift and distinctive narrative voice.

The song gains immediacy in the moments when the words melt into a reverberated whisper. Magnetizing in both sound and spirit, “Mend” is a passionate alternative indie song filtered through a singer-songwriter’s soul. Ila Minori is unmistakably genuine within the narrative she inhabits here.

Her heart shows through most in her voice, which is tonic and captivating, almost to the point of being smoky. No doubt, it will likely be Minori’s ticket to greater acclaim. The emotional affliction and personal plight existing in this recording will speak to a broad audience who will easily empathize with the singer.

What “Mend” does provide, however, beyond its emotional impact, is a warm blanket of sound, and an extremely suitable introduction to Ila Minori’s world. 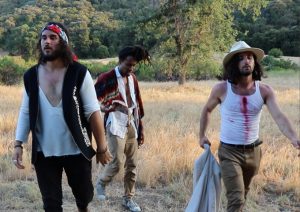 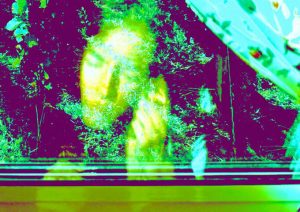