Guilherme Wolf is a Brazilian DIY indie rock artist based in São Paulo. On his single, “Rival Turf 92”, he perfects the balance between Indie, Alternative and Punk rock elements, wrapping unsuspecting listeners in its irresistible overdriven grasp. The track starts out like a live explosion as the band sets forth, banging their instruments with precision, and creating a beautiful energizing rock n’ roll noise in the process. This is old school rock, where the organic instruments resonate with reverberating power. Above it all the vocals soar and roar, finding the peaks and valleys in-between the instrumentation.

“Rival Turf 92” is a fruitful work during a period where rock finds itself in limbo, caught between the dominant EDM and Hip-hop genres. Electronics and computer generated music rule the roost, while legendary guitar manufacturing companies find themselves on the edge of bankruptcy.

These are tough times for rock and roll rebels with amplifiers, effects pedals and plectrums. Yet artists like Guilherme Wolf soldier on, bringing us the type of raw, unbridled guitar sounds many of us now miss. 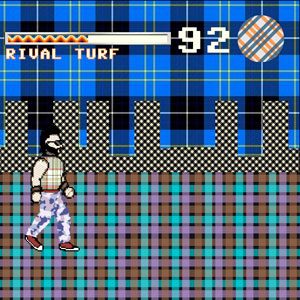 Guilherme Wolf’s sound is ferocious. His vocals wrap around the beefed-up playing aptly, barking out lyrics in concurrence with the music, attacking each verse and chorus intensely. The song is a dense smattering of guitar-driven power and melody. At times it boils over with fervor, almost becoming a full-blooded anthemic chant.

Running through his catalog, it seems like each release has seen Guilherme Wolf grow and work to meticulously refine and fine tune his musicianship. In doing so and by taking all of the strong elements from each previous record and ploughing them into the making of “Rival Turf 92” he has crafted a stellar single.

All of which serves to make the track both irresistibly exciting and nostalgic. “Rival Turf 92” is fully engrossing from start to finish. Play this to real rock fans and watch how quickly they bring themselves to wildly proclaim this to be one of the best songs they’ve heard in a long time.

Guilherme Wolf brings us sheer electric six-string energy in the form of “Rival Turf 92”, which is lavish in these times, to say the least. Wolf is uncompromising in his indie rock sound. His guitar riffs are sharp, ragged and angular at the change of a chord, creating a dense collage that will keep you engaged.

On “Rival Turf 92” the Brazilian DIY indie rocker never operates at anything less than full throttle. His performance is convincingly in the pursuit of impact. Hence the track feels utterly massive and undeniably infectious. “Rival Turf 92” has a driving pulse that will get you caught up in the riffs and the rumble of its brimstone aesthetic.

Rock music is a genre that’s given itself no latitude to evolve or expand. And the rock that exists in the mainstream has grown largely indistinguishable from pop. Guilherme Wolf has picked up the slack where rock has faltered, to carry guitar music forward. And he has done it by simply sticking to the original script!

Next post Modern Day Escape – “Revenge Is So Sweet”