G. Michael Vasey is songwriter based in the Czech Republic. Vasey creates his songs using his home studio where he plays all instruments. The varied music and song craft in his catalog are many things: diverse, innovative, clever, intelligent, quirky, rocking, aggressive, subdued, subtle, melancholy and accomplished, to name just a few things; in short there is something in there for many of the moods you might find yourself in. His music is both exceedingly retro and thoroughly modern. Vasey’s playing is outstanding as is that of the supporting cast of musicians…which is in reality, himself. 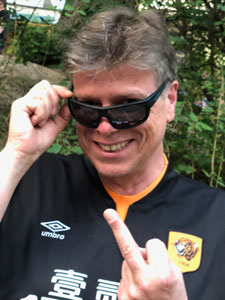 The sound quality on his tracks is outstanding for multi-track recordings with punchy lows, extended highs, and immediate sounding mid-range frequencies. No ridiculous over-use of compression here so the tracks have an extended dynamic range, sometimes sounding like live takes. Vasey also forges nice mixes that showcase both the instruments and places his vocals just right.

This is really good stuff and although I can’t quite put my finger on what most attracts me to it, G. Michael Vasey certainly has a unique way of creating his own musical pallet. Right from the start, his latest track, “End of the World” grabs the listener and sucks them in.

The jangling strummed guitars, which are incredibly warm and rich, will remind you of the well recorded classic rock records of yesteryear. It was a pleasant surprise to hear so much guitar as a lead instrument on this record. I’ve become too accustomed to pairing modern music with synths and keyboards — it’s nice to hear a departure from this main instrument.

It was also great to hear the layers of harmony Vasey laid down on the track to build its melodic content. Personal tastes aside, Vasey is a wonderfully creative musician. In his songs you will find flavors of Alternative and punk elements alongside the classic rock basics. 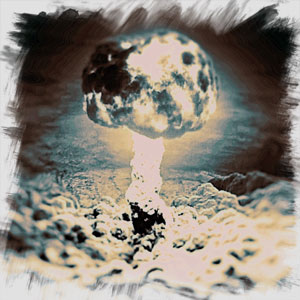 G. Michael Vasey is a renaissance man to be sure, but he’s also a purist of sorts who fancies basic rock structures and tunings, and seems to harbor a general disinterest in overloaded music-tech advances, or artificial sounds. He moves from noisy guitar to banging drums and from rock to power pop with ease. His songs maintain a certain primal quality that defines his sound.

Through the strumming guitars, vocal harmonies and percussion, Vasey allows the music lots of room to breathe. At the same time he gives his vocals a free rein to fill in all the empty spaces, resulting in a rich and luscious arrangement that underscores the verses and choruses.

All of this makes “End of the World” feel satisfying, with it’s addictive guitar riffs and clever vocals, while the song nods to times when music was important and artists were great.

When you listen to this track, or any other of G. Michael Vasey’s songs, expect to be impressed with his unique voice and great use of guitars. You will also be blown away with the originality of all his tracks and instrumentation that blend so well together to bring back that organic old school flavor. 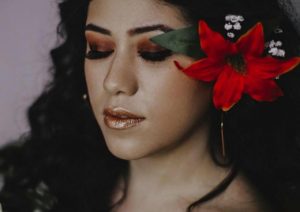