More than the simple rock band next door, Fate’s Frontier is a global enterprise. Founder and guitarist Joshua Rhines recruited fellow Montana native, and bass player, Dan Molgaard. They found the voice they had been looking for in Californian Chris Hodges. They discovered drummer Hugo Ribeiro in Portugal, and completed the line-up with Argentina based keyboardist Marco Gnoatta. Together, the dynamic collective recently dropped the track “Dizzy Now”. This is the kind of track some modern rock bands should have made, the kind many bands wish they could make, and the kind most bands will never be able to make. You have the mesmerizing rhythm section and driving guitar grooves running rampant, overlaid with vocals that soar, ridden with passion and hectic energy. It is always dramatic, but never melodramatic, always art without ever being artful.

On “Dizzy Now” You are listening to a truly modern rock band with a classic feel – a synergy of minds and talents. This is a blend of disciplined rock and metal flavors, infused with an anarchic retro punk energy. There are no weak links on the record.

Taken on their own, the parts and performances are exceptionally well-played and inspiring, but taken as a whole the music moves up to another level – extremely dynamic and sophisticated, but still raw and primal. 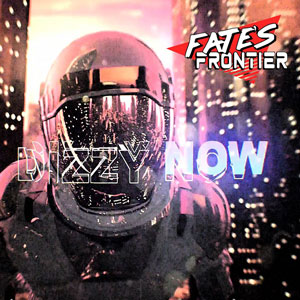 Fate’s Frontier have produced what I believe will turn out to be one of the underground alternative rock singles of the year. There is so much energy and depth here that few will be able to emulate it. Many will try.

Fate’s Frontier defy mainstream rock logic, as they rocket from furious thrash-like forcefulness to whip-crack rhythms. “Dizzy Now” is a song for those who believe fervently that rock needs more ambitious deviants than what the current market is delivering.

The song is epic in several ways – particularly its sweeping song structure, massive guitar and keyboard driven sound, and general feeling of enormity – but all of this is channeled through a tight, fast, and punchy style. It’s one hell of a ride, and three minutes later, after the hurricane that is “Dizzy Now” finally subsides, it will leave you, and the rest of the music world, ravished and out of breath.

One of the first things that hits you about this record, and Fate’s Frontier in general, is the power of the drums. In Hugo Ribeiro they possess an intensive and creative player, and his rumbling beats are very impressive. Dan Molgaard’s thumping bass is also never far behind, in the engine room that drives the band.

On this record it’s also impossible to ignore the crunch and squeal of Joshua Rhines’ fiery guitar, and the expansive keyboard embellishments infused by Marco Gnoatta. The resonating high-flying soar of Chris Hodges’ vocals, completes the winning formula of Fate’s Frontier. When these guys rock out, they don’t hold up!

Connect with Fate’s Frontier at www.facebook.com/FatesFrontier or at their new website which still in construction at http://www.fatesfrontier.com. Stream or download their music on Apple and Spotify 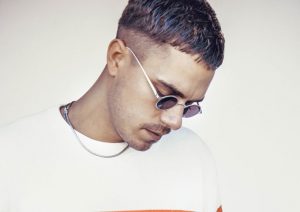 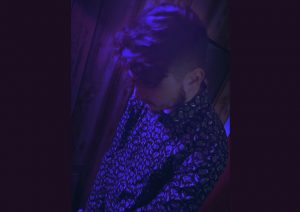