Every Third Thought is Freemont, Ohio-based project by a talented and disabled instrumentalist, who writes and produces his own music. His 26 track instrumental album “5/10 or Betta”, is described as promoting “the advocacy of general strikes to achieve better livelihood for everyone and for careful direct democracy.” Instrumental rock is definitely one of the genres that provide almost endless possibilities. It can be heavy and dark or extremely upbeat and shimmering, allowing artists not only to explore expanding sonic landscapes but also to express emotions in different ways in their music. One of them who not only knows how to use the rich dynamics but also how to show emotions, is Every Third Thought.

“5/10 or Betta” is definitely an indication that this project has an inexhaustible source of ideas and energy, and that the artist can challenge himself and push the boundaries of his sound. That’s not to say it’s pretentious by any stretch of the imagination, but this is just impressive rock with tons of guitar work and a healthy dose of varying influences which doesn’t really seem to aspire to any pre-existing corner of the circle instrumental rock music.

“Vote on The Issues!” comes out flying with piercing and gritty guitars, while “Need Careful Direct Democracy!” echoes with a jangly sound, before completely switching the template, introducing a rich and resonating horn section on “Brit Girlfriend Funk”. “Nothing To Everything” offers a nice counterpoint to some of what has come before, as Every Third Thought launches into a guitar-solo dominated soundscape.

“Feelings Of Reality” leans on a fanatically insistent bassline, before leading into the prominently upbeat guitar motif on “Stuttering On Time I Think”. These tracks remain interesting, and never overwhelm, due to Every Third Thought’s ability to craft dynamically crunchy, yet melodic displays. This can be head on both “Mike Gravel 4 Prez!” and “It’s Cool”. Even on the heavier textures of “Iconic Irony”, the artist maintains a melodic core, which holds the attention.

Moving forward, there are just so many tracks to be uncovered that you will almost certainly find something that you’re particularly attracted to. Steady drumming that gives way to driving electric guitar riffs, or massive crescendos that are poignant enough to move even the most well versed instrumental rock aficionado. All expectations are shattered by sheer determination, vision, and brilliance, track after track.

The guitars are amped up or down a notch, depending on the sound and mood Every Third Thought wants to achieve. The percussion fills become more urgent, the orchestration starts to sound more and more like the cathartic unveiling of purposeful themes. Highlights continue to abound, depending on your personal taste. From the guitar driven “The Cringe Man”, and “Finally Got This” to the brass-filled “The Jack Knife” and “Our Turn”, So much of this record is spent marching steadfast and obdurate towards an endpoint that the idea of positioning it in the background is invariably counterproductive.

In fact the hard ringing guitars on “Rigging”, “Eventful” and “Weird Guy Rock Version”, will not in any way, allow you to push this music into the background. The message of determination and triumph is the common thread that ties proceedings together, and that thread unravels as we move throughout this record, rising slowly out of the dense thicket of guitar domination. These sounds coalesce to form an oasis of hope and rebellion, of illuminating a state of struggles against uncompromising forces. All of this adds up to a record that may appear as straightforward instrumental rock on the surface, but has immeasurable breadth and depth in its underbelly. Every Third Thought knows exactly what he is doing, and he does it well. 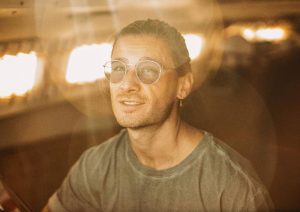 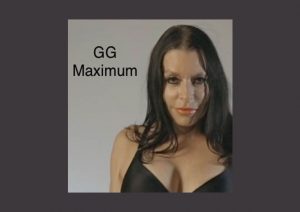