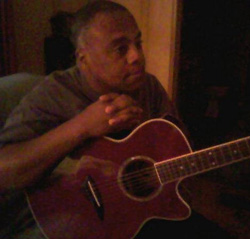 The music of Doug Cash is currently promoted and published internationally by Pryor 2 What ? Records. Doug Cash is on radio rotation with the track, “Snowed”. Doug’s music can be found on Spotify, Youtube, Amazon, Apple, Tik Tok, Instagram, Deezer, Reverbnation and all digital outlets. Simply Google Doug Cash.

Next post The Unlimited Stars – ‘Behind the Sun’ & ‘Galileo’