“What Is The Point” is an absolute shimmering highlight of the retro pop and synthwave canon for 2022. It bounces along with such a ferocious momentum by comparison to it’s genre competitors, it caught me by surprise. It’s addictive with a lively rhythm and a completely infectious melody, as Anthony Casuccio blends crunchy guitars with slapping drums and throbbing basslines. It has all the 80’s glam and grit wrapped into just over 3 minutes of modern production power. The amazing blend of pop and rock with a strong hint of synthwave influences, is an incredible twist of nostalgia that only a seasoned artist and producer like Casuccio can muster, with any credible authenticity. Even the supporting video, captures the 80’s aesthetics to perfection. 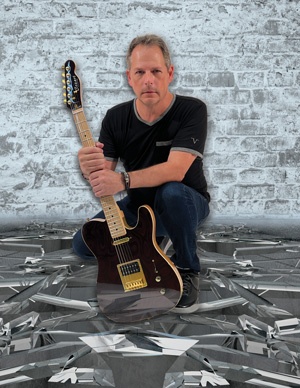 The magic trick to achieve the authenticity is easily explained, but hardly repeatable. Anthony Casuccio really wrote this song 30 years ago in his bedroom in Manhattan. He found the demo this summer and rerecorded it over a weekend, making sure it retained its original sonic prospective, but with a fresh sheen.

Which for Casuccio was not all that hard, considering he is a 25-year music veteran, whose audio production work has been nominated for three Grammy awards, reached gold record status, and placed in various TV shows and commercials.

His production work has resulted in numerous songs landing on the top of Billboard’s Dance charts. He has remastered various albums for icons such as Johnny Cash, Tony Bennet and Roy Orbison.

As bandleader and songwriter, producer, and engineer, he led his band A&L to success topping various charts across the world. Anthony had nine top 20 songs with the band and 3 solo songs on various U.K. Indie music charts. They received radio play in over 70 countries throughout Europe and the USA.

Hence, he gave “What Is The Point” a rip-roaring quality that feels incredibly nostalgic, yet fresh and instantly memorable. There is nowhere to run away from the racy rhythm, and you won’t want to either.

The beat churns the energy by way of the angular electric guitar, which dances along supported by the striking billow of the bass. On top, Anthony Casuccio belts out the proclamations of the witty narrative, maintaining adrenaline levels high.

Anthony Casuccio also understands one thing incredibly well from the 80’s, and that’s how to make this stomping groove gloriously entertaining. So, over and above the commitment of the lyric sheet, or the technicalities of the music, this is a song that never takes itself too seriously, always maintaining a subtle tongue-in-cheek wit, within its sonic aura. It’s wall-to-wall immediacy and danceable fun truly puts the high spirits into “What Is The Point”.

“What Is The Point” is a single of pure, nostalgic joy from an artist who completely understands what he is doing. This music is undeniably propulsive and instantaneous; it readily and expertly dives headfirst into all the most catchy genre clichés of the 80’s and brings them forward into the future.

“What Is The Point” instantly improves your mood the second you press play. Sixty seconds later, you’ll be singing along. The saying goes that if you want to figure out the future, you need to look to the past. No one currently does this better than Anthony Casuccio. 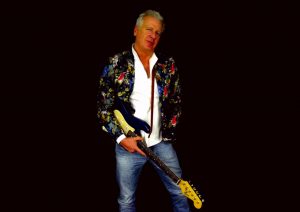 Previous post Gliffo – “I Want You” ft. Yo from HeYoMa