International singer, songwriter, actor and model, Andy Magro, dreams of making a positive difference in this world. He comes armed with his EP, “Never Stop Dreaming which consists of four original songs written and performed by Magro and is available worldwide, through digital format on iTunes, Amazon, JB Hi-Fi, etc. The album is also available on CD, based on demand. The songs, three English and one Italian Pop/Rock/Rap song, showcases Magro’s singing and songwriting talents. The album and song titles represent his professional life’s journey and the passion needed to achieve the beginnings of success.

Magro is a supporter of SaveTigersNow.org, a global campaign dedicated to saving tigers from extinction, which is headed by World Wildlife Fund (WWF) and the award-winning actor Leonardo DiCaprio. Magro credits his personal interest in acting to DiCaprio, a recognized environmentalist who uses his fame to garner environmental issue awareness. For more information regarding his charity or EP, please visit www.andymagro.com. Magro’s mission is to make a positive impact on the environment and encourage others to do the same. “By buying my music, you’ll be helping people and the environment,” Magro said. 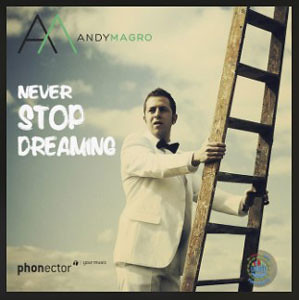 Coming from a small town in Germany to being surrounded by some of Hollywood’s finest actors was a life-changing event for Andy. Being chosen for the role of ‘Jean Martin Freud’ in the film has served to provide him with a constant source of inspiration and motivation. As part of his ongoing drive to excel, he has completed a five-month acting course at TAFTA (The Australian Film and TV Academy). Andy got his start in the world of acting when at 13 years old he established his own drama/film class at his school.

Since then, he has spread his wings to encompass many aspects of the entertainment industry. In addition to acting, this Germany-born Italian-American performer is also a singer (four new singles are available on iTunes and on CD as an EP-Edition this year) as well as a model. As a model, he is the face of two German jewelry brands – “Binder-FBM and Acredo-wedding rings”, as well as Frankfurt-based eye-laser-surgery company, “Care Vision Germany GmbH” and the testimonial of a Swiss smart phone product called “Celltack”.

Andy Magro is on radio rotation with the tracks:  “I Will Never Let You Go”, “No Turning Back”, “You & Me”, “Per Sempre”, all taken from his stunning new EP “Never Stop Dreaming”

Follow and find out more Andy Magro and stream his music at the websites and links:

Tweet
InAndy Magro, I Will Never Let You Go, Never Stop Dreaming, No Turning Back, Per Sempre, You & Me