After Alice is a Progressive Power Pop and Rock band ranked in the top 5 on Reverb Nation. The two core members of the project are Steven Fennell (Producer, Arranger, Drums, and Manager) and Jason Crowden (Songwriter Vocals, Guitars, Engineer). Both artists have an extensive experience in their chosen fields. The band has released their brand new single ‘Alive’ which is taken from their upcoming EP of the same name. Power pop is naturally this band’s specialty, immediately evident by the crunch chords set amidst the rolling basslines and perfumed choruses. The layered backing vocals on the bridge offers the track a sense of pure style.  One thing that has been a cornerstone of After Alice throughout their run has been the ability to uplift through song, and they continue to do so with this single. 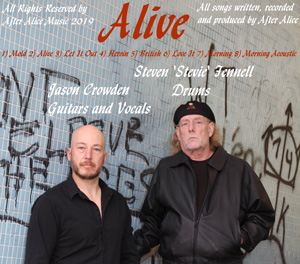 Determination also plays a part in the band’s makeup and they stay committed to getting things right no matter what it takes. ‘Alive’ is representative of the band’s continued hunger to raise the bar, and it’s been a steady climb with each release expanding their horizons.

This latest effort continues that trend, delivering a solid top-to-bottom listen that should make them prominent on the indie airwaves with the ability to go deep with potential radio singles. The song wakes you up right away with its jangling power riffs, dominating drum fills and the vocals that make you want to stand a ten feet tall.

You can feel a conscious effort to speak up and speak out and I think there is a great message in the song. ‘Alive’ just kicks you in the teeth the minute it begins and keeps you held down. With punchy little grooves that just stomp along melodically and the passionately strong lyrics that make you stop and think about your own relationship.

You can feel some soul searching, empowerment, and the will to stand up and shout their feelings. The songwriting and honest to goodness lyrics are driven home with an all-out assault on your ears and mind. Breaking boundaries is always an admirable trait in the music industry, showing strength and growth personally and as a band. 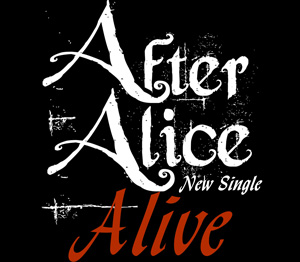 That in mind, the South Carolina based band have reached a new landmark for themselves on ‘Alive’, while at the same time they have kept the burly, anthemic qualities that these sort of bands ultimately need to survive. Moreover the song has enough muscle and an arena-pleasing chorus to fully work for what it wants to be.

‘Alive’ starts strong out of the gate, a glorious return to good old-fashioned, popular, pop tinged rock. Some nice chunky guitar work interplayed with a throbbing rhythm pushed from under by Fennel, as Crowden provides vocals you can actually hear.

Not only can you hear the vocals but they are also of a pitch and timbre that are pleasing to the ear. Best of all, you can sing along. There is nothing revolutionary with After Alice, and that’s the sheer beauty of it. Part of the makings of a good rock band relies on a robust voice that is backed by a strong rhythm-core.

Then separate the licks from the riffs, glue the music together with the right force at the critical moments and you have a song that is born a melodic heavy-hitter. And that’s what After Alice are good at. The band have once more put their best foot forward on their new single ‘Alive’, a near perfect pop rock anthem filled with shiny guitars and inspirational melodic lines to spare. 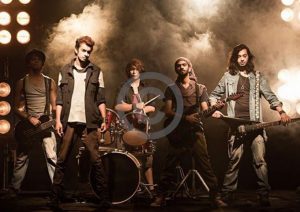 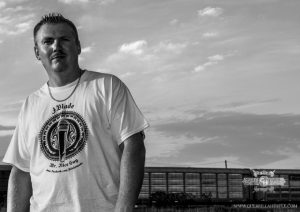