It’s tempting to write Absurda (Absurd-duh) off as a weird novelty band. But lurking beneath all the insane goofiness and bizarre sonics is a couple of musicians with the imagination and songwriting skills to affectionately pay homage to, parody, or draw influence from, everything between Radiohead, The Microphones, Frank Zappa, Ween, Pink Floyd, Miles Davis, My Bloody Valentine, Slowdive, Fleet Foxes, Pixies and many more. Absurda are musical chameleons, capable of covering a huge stylistic ground, from easy listening croons to crazy rock stomps, and a whole lot in-between. 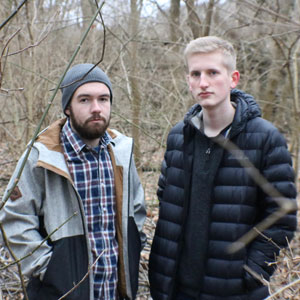 The 11 track album “Party Hairy System” is more than the sum of its parts, careening through a myriad of styles. At its best it’s dazzlingly creative, adventurous and musically diverse. Surely no other band is capable, or even willing, to jump from the Chiptune sing-along of “Werewolf Mask Party” to the acoustic-guitar strum-along of “Porcelain”, or the retro- electronic wail of “Space Love”, and then onto the acid shuffle of “Eye In The Sky”.

The album starts strong, with the rampant and racy punk-styled “I’d Rather Die”, before mutating into the croak, grunt and scream of “Nature Back”, which takes a little while getting used to if bombastic dissonance is not your thing. Absurda haul out a throbbing beat, some 808s, and more vocal eccentricities on “Bong Bong”, before settling into another 8-bit styled tune with “Closet Joke”.

All throughout though, Absurda displays strong song-writing underpinning each individual track, independent of its sound and style. No doubt about it, “Party Hairy System” is a tough record to wrap your brain around at first, especially if you come from the mainstream commercial sounds. But stick with it, though, and you might catch up to where Absurda is heading. 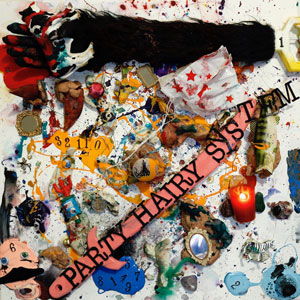 Luckily, the left-field melodies kick some serious ass, and the arrangements are quirky enough to win over anybody with the patience to sit through a collection of songs as weird as these. From beginning to end, on this album, Absurda never stop sending contrasting signals to hold your attention, as they juxtapose silliness and sincerity, while at the same time balancing out genius and stupidity. It is the sound of a band mastering their otherworldly style, while creating a unified statement.

Absurda defies genre simply because they willfully craft outside any predetermined boundaries. Everything can be immaculately played, and on the occasion when Absurda feel the need to sound like they’re just goofing around, then they can do that as well. It should also be noted that this album isn’t for everybody. Absurda are nothing if not divisive, from a superficial standpoint. Dig deeper though, and you’ll be rewarded with an eclectic and fascinating listening experience.

“Party Hairy System” is for those looking for something that moves away from the regular Top 40 sounds. Nearly every song is equally transporting: a stylistic microcosm in itself. With this album Absurda have produced something that does not belong to any movement, genre, or moment. Love or hate them, they’re on their own level, with no similar contemporaries in sight, for miles.

Tweet
InAbsurda, Eye In The Sky, I Once Loved 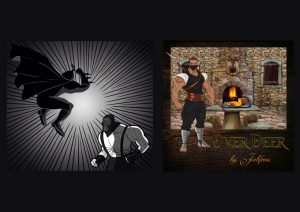 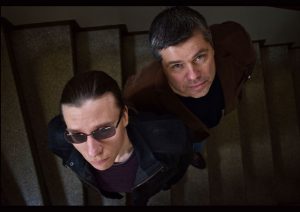