Formed in March 2017, by Cyrus Keefer and Chris Tolentino began recording the self-titled debut album which would become “Airwaves Spectacular”. Bringing years of experience with other projects, bands and recording, Cyrus and Chris were able to create, record and produce 15 songs in under 6 months. They felt however something was missing from the final mix. Hence, Chris realized that the missing component was the angelic vocals of his niece Kayla Rae. With all the core components of Airwaves Spectacular in place the project was ready to be launched.

The album’s opening track, “Code Blue”, is filled with delightful bass hooks and plays on the diversity of the rhythm along with sound effects. The overdriven guitars brings about the perfect attitude for stadium rock, the power of which sets the marker perfectly for the rest of the album.

Despite a varied and very diverse sound throughout the album, it appears that Airwaves Spectacular attempt to pinpoint a complex melodic, harmonic and anthemic mood. The power of their songs are outstanding with heavy drums and an electronic feel, supported by impressive vocals from front-man Cyrus Keefer and tasty harmonies which are reciprocated throughout the 15 track album. 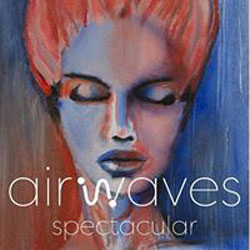 “Heart Like Hot Lungs” is indicative of those rolling harmonies throughout the choruses. It plays on layers of music culminating in what sounds like a Pink Floydish celebration with epic rock elements. This is immediately followed up by “RPM”, forging a thumping baseline, and crashing drums, providing a huge contrast and taking the audience on an emotional roller coaster.

Another track certainly worth a mention is the catchy synth-infested, “Wait For It”. An excellently held vocal is joined by a bellowing bass line and another powerful chorus. This is one of the greatest examples of how Airwaves Spectacular can switch styles in the bat of an eyelid.

Most of the tracks are dominated by the depth and power of the music, but the subtle verses on these tracks allows for flowing, intricate choruses.  This spotlights some attention onto the lyrical ability of the band and shows yet another dimension to Airwaves Spectacular.

Overall, Airwaves Spectacular have penned an unbelievably powerful debut with plenty of promise. The sheer depth and diversity of the music on tracks like “Gain Control”, “Dead Words on Deaf Ears”, “Fire Escapes”, “Airwaves Spectacular” and “Gigantic Leap” is breathtaking and perfectly suited to any type of prestigious venue they may soon be playing at.

With the depth and power however, it is increasingly necessary for equally reverberating vocal performances. Cyrus Keefer in collaboration with Chris Tolentino and Kayla Rae delivers this in style, seasoning the lyrics suitably with raw emotion and technique, particularly in “You Most Certainly Are”, a powerfully poignant piece. This album, you feel, would not be the same without the band’s archetypal vocal and harmonic arrangements which carries each song perfectly.

The album, “Airwaves Spectacular” effortlessly drifts from the sprawling “Antidotal Accident”, through the celebratory “Reckless Vultures” and emotionally-driven musings of “I Said I Meant It”. Whether purposefully or not, this creates the perfect wide-ranging formula which results in an excellent announcement of Airwaves Spectacular’s impressive arrival onto the music scene. 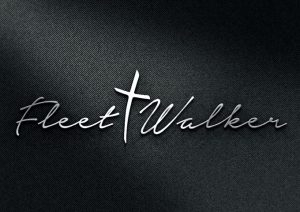 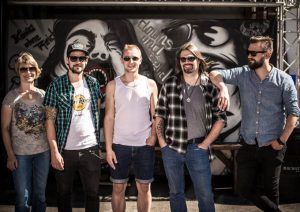